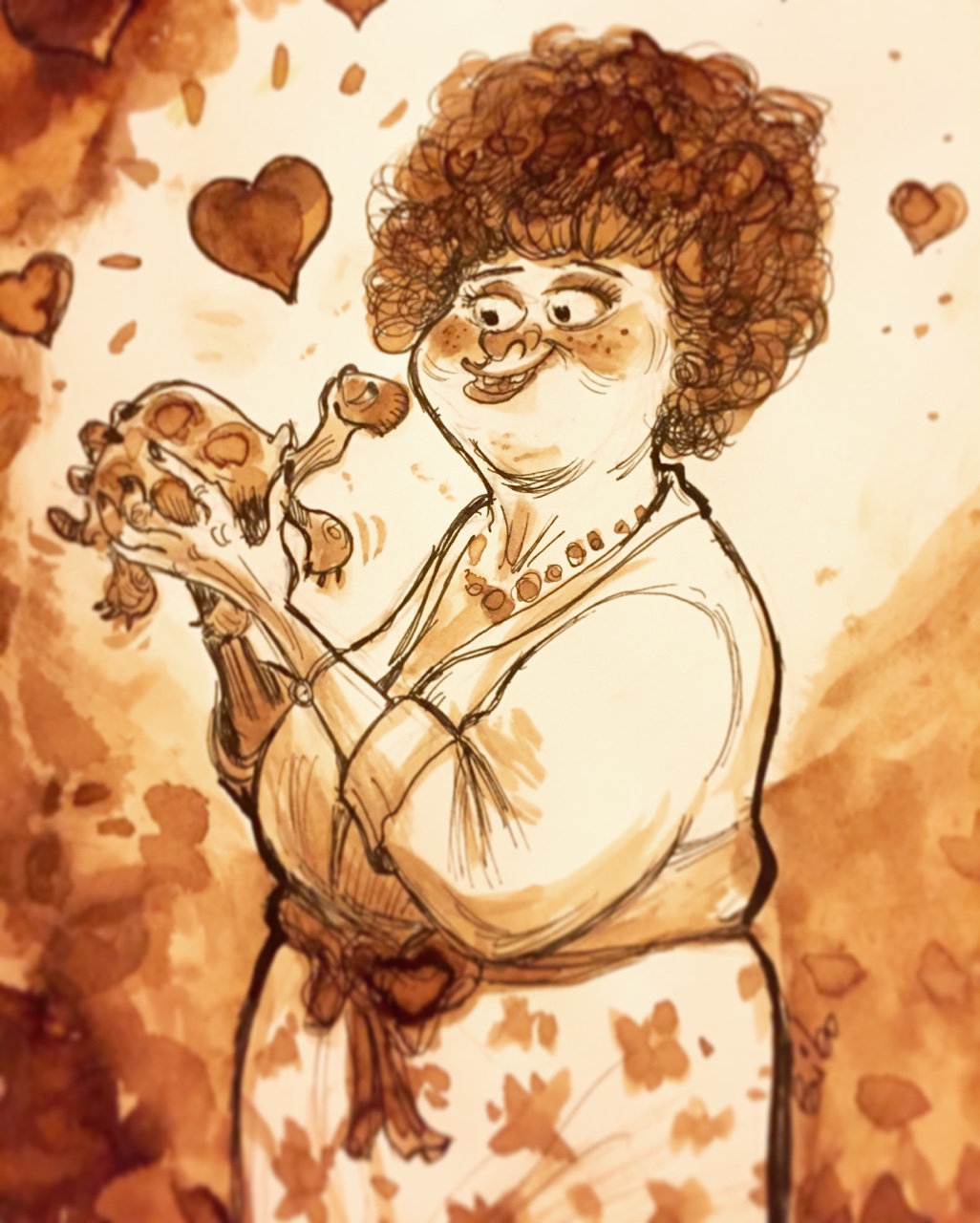 “I do so wish he would grow a little faster,” Mrs Silver was saying. “Every spring, when he wakes up from his winter sleep, I weigh him on the kitchen scales. And do you know that in all the eleven years I’ve had him he’s not gained more than three ounces! That’s almost nothing!”

“What does he weigh now?” Mr Hoppy asked her.
“Just thirteen ounces,” Mrs Silver answered. “About as much as a grapefruit.”

“Yes, well, tortoises are very slow growers,” Mr Hoppy said solemnly. “But they can live for a hundred years.”

“I know that,” Mrs Silver said. “But I do so wish he would grow just a little bit bigger. He’s such a tiny wee fellow.”
“He seems fine as he is,” Mr Hoppy said.
“No, he’s not just fine!” Mrs Silver cried. “Try to think how miserable it must make him feel to be so titchy! Everyone wants to grow up!”

“You really would love him to grow bigger, wouldn’t you?” Mr Hoppy said, and even as he said it his mind suddenly went click and an amazing idea came rushing into his head.