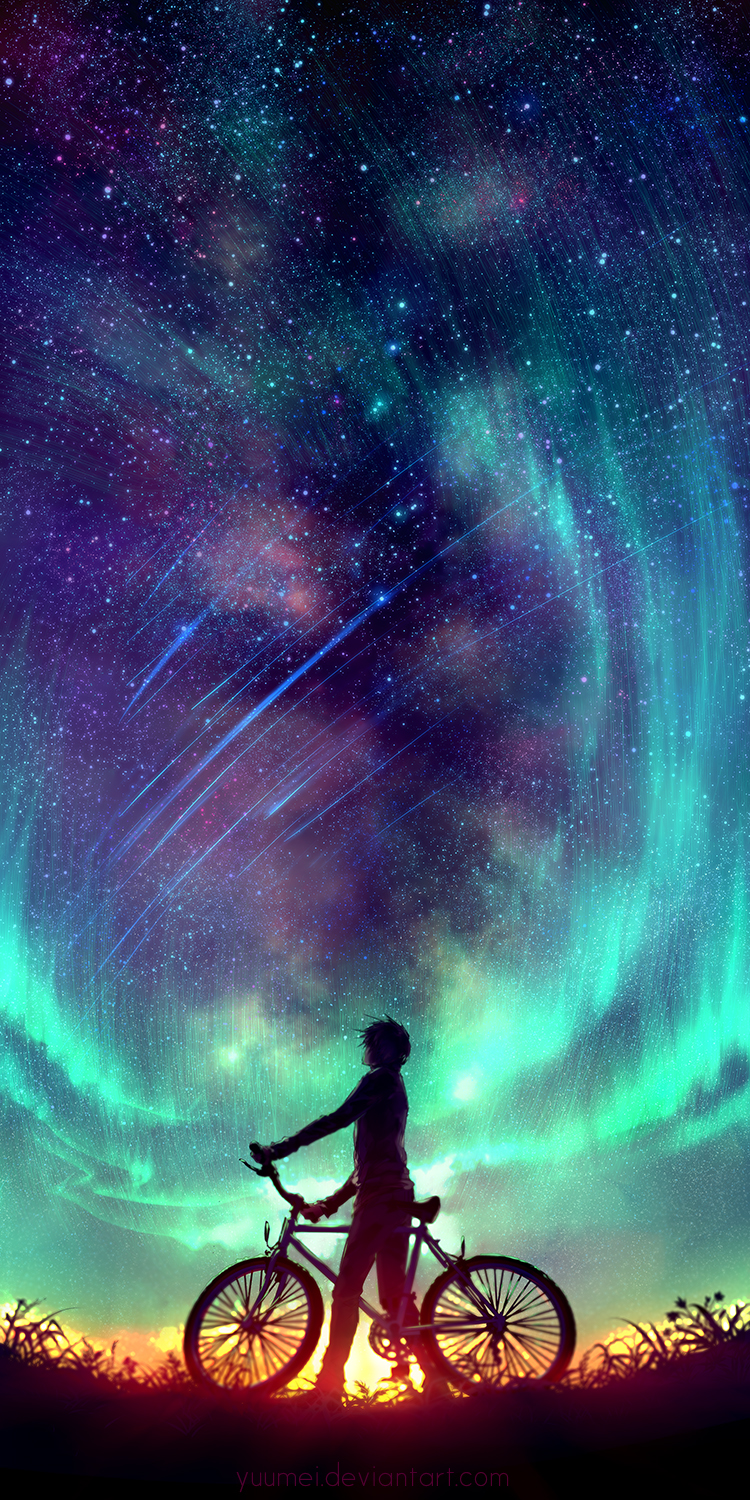 “Look up,” said the stars, “and all your dreams will reveal themselves.”

Credit: Yuumei
www.yuumeiart.com – not all images are suitable for children